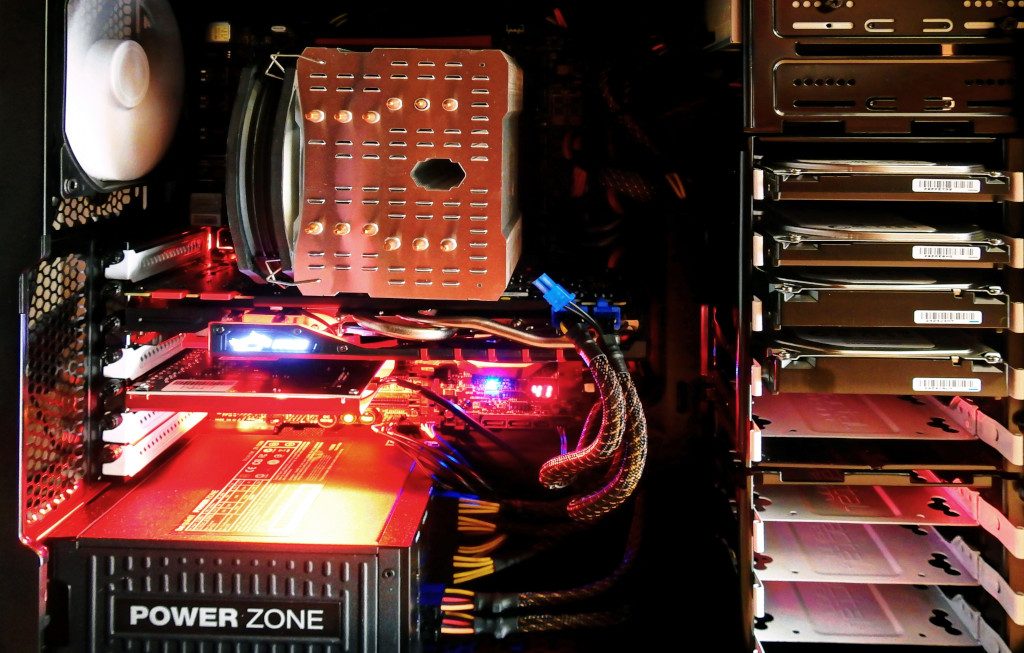 The Chunkserver’s is an important part of MooseFS architecture. Read this article to learn more about chunkserver hardware requirements.

The Chunkserver’s main duty is to transfer data: read from disk & send to network and receive from network & write to disk. It doesn’t perform a lot of calculations or memory operations. For erasure coding configurations, Chunkservers are also responsible for calculating erasure codes. However, the parity calculation algorithm is extremely fast (up to 5GB/s with average hardware) and should not affect Chunkserver resources.

Chunkservers store data in the form of “chunks”, on local disks. Each chunk is a file ranging from 64 KiB to 64 MiB plus 8 KiB chunk header. Files longer than 64 MiB are divided into many chunks and spread across many Chunkservers. This is why files smaller than 64 KiB occupy minimum 64+8=72 KiB of disk space.
A new data server can be connected to the system at any point in time and the new capacity is used immediately.

During normal operations, the Chunkserver keeps information about its chunks in memory. Each chunk takes approximately 150-200 bytes. Additionally, approximately 350 MiB (Virtual) / 200 MiB (Resident) of memory should be available for the processes.

The required memory size depends on the desired maximum number of chunks on a server. The maximum number of chunks on a server (in terms of how many chunks the server disks may store) may be calculated roughly from the Chunkserver’s total available (for MooseFS) disk space divided by average chunk size. Average chunk size depends on the average size of files. When storing files much larger than 64 MiB it should be about 64 MiB and for smaller files, average chunk size will be between 72 KiB and 64 MiB.
Example for memory requirement calculation:

The Chunkserver may use the remaining available memory for caching data as it boosts its performance. From our experience a typical memory size for the Chunkserver is 8-12GiB.

Since Chunkserver daemon is a multi-threaded process, it is recommended to use multi-core processors. Chunkserver would usually utilize equivalent of ~1 core of the CPU for cluster related operations.

Utilization of CPU may increase due to erasure codes calculations (for EC cluster configurations). However, the utilization increase factor depends on the EC configuration, mainly on the amount of data written with erasure codes. EC calculations are not performed during normal read operations. They are calculated only during write operations and while repairing corrupted chunks.

It is recommended to connect disks as JBODs. Each disk should be formatted with POSIX compliant file system and mounted separately to the operating system (e.g. as /mnt/chunk01, /mnt/chunk02, …). The file system recommended for local disks is XFS.

Moreover, it is not recommended to use RAID controllers in the Chunkservers as it is MooseFS’s role to keep data redundant and safe. There are at least two reasons for not using underlying RAID controllers:

How many disks per Chunkserver?

One may consider putting more disks in a Chunkserver when either a cluster has to keep “colder” data (more files but used infrequently) or when just a few clients are using the cluster. If just a few (or just one) clients are accessing the cluster, an increase in the number of Chunkservers will not increase the speed beyond a certain level as it is limited by the client’s network bandwidth and its machine performance.

There are other factors also regarding Chunkservers/disks ratio which should be taken into account. For example, Erasure Coding requires at least 8+n Chunkservers in a cluster so for desired cluster size the minimum number of disks per Chunkserver will be: cluster_size / ((8+n) * disk_size).

SSD disks are getting more and more attention these days as they are faster (both latency and throughput) than spinning drives and they are getting cheaper each year. There is a trend for filling up storage clusters with SSD drives. This is possible with MooseFS, where one may build an SSD-only cluster or mix SSDs with HDDs thereby building a kind of tiered storage solution.

It is important to note that too many SSD disks in a single server may not speed up Chunkservers as expected. This is because of the constraint of either a disk controller bandwidth limit or a network bandwidth limit. Utilizing the full transfer speed of SSD drives is possible when the controller and network speed is greater than the transfer speed of a disk multiplied by the number of disks. One should also refer to the controller specification to check its limits on operating many disks at once.

MooseFS’s read-ahead and pre-fetch algorithms make HDD-only Chunkservers very effective. They pre-fetch a single chunk data when a request regarding a chunk appears. It makes data required by a client available in Chunkserver’s memory prior to the I/O operation requesting it. MooseFS client may even read in advance following chunks – when a data stream is read sequentially. These algorithms alleviate the problem of a slower random data access and slower data transfer for HDD disks. Data caching and read-ahead/pre-fetch algorithms only use RAM for storing cached data. Once again, these algorithms do not use SSDs.

Chunkserver may use two separated network interfaces. The first one for serving clients and the second one for the server to server communication (which is not LACP).

If you want to know more, download MooseFS Hardware Guide.